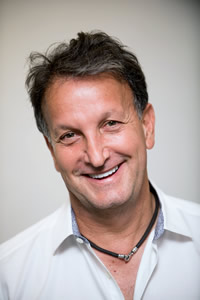 Dr. David Penn graduated from Sydney University dental school and commenced  practice in Sydney's eastern suburbs. He trained extensively in the United States under two of the world's leading aesthetic dentists and in 1983 he established Southern Cross Dental Laboratories, which has grown to become regarded as one of the leading state of the art dental laboratories in the world.

Dr Penn also lectures and teaches extensively, principally in the areas of aesthetic orthodontics and facial aesthetics. He has taught more than 1000 post-graduate students in the use of Invisalign and in January 2015, he wrote and gained accreditation for a unique post-graduate qualification in Aesthetic Orthodontics.

In 2006, he released a book "A guide to Impressions, Implants and Indirect procedures" which has been used by undergraduates and experienced dentists. Two more editions of the book have been produced, the latest in November 2014.

He also was responsible for the research and development of many unique dental appliances and devices including the Penn Composite Stent, the Atlas Cabriolet orthodontic retainer and a series of accelerated orthodontic devices which in 2015 received a  prestigious grant from the NSW Department of Innovation.

In 2011, Dr Penn won the Ernst and Young Entrepreneur of the Year in the services division.

He is also featured in the NBC Universal TV series, "Changing Faces" which showcases the latest aesthetic dento-facial procedures and presents a unique Australian interpretation to aesthetics.